* Mass incarceration has been a policy adopted by several countries, even though experts point out that there is no causal relation between increasing incarceration and reducing crime. Brazil currently ranks third in the ranking of countries with the largest prison population, only behind China and the United States.

Despite the fact that women represent about 7% of the global prison population, female incarceration in the world increased by more than 50% in the period from 2000 to 2017, while among the male population this increase was approximately 20%. The 2019 Global Prison Trends report points out that most women are arrested for non-violent crimes and that the harshening of penalties for drug trafficking related offenses in some countries had a disproportionate effect on women, as is the case in Brazil.

According to the most recent World Prison Brief report on female imprisonment, Brazil ranks fourth among the countries with the highest number of women in prison. First is the United States, which accounts for about 30% of the total number of women incarcerated in the world.

The significant increase in the number of women in conflict with the law around the world in recent decades has required a closer look at gender specificities within the prison system. In this perspective, the Bangkok Rules was an important step in recognizing these specificities, taking into account the guarantee of rights of women deprived of liberty. However, because they represent a small portion of the prison population in many countries, it is still difficult to obtain detailed information on female incarceration at national level.

In this sense, despite the numerous differences in the legal, social and economic spheres, it is important to look at female incarceration in countries such as Brazil and the United States in order to investigate how the countries that incarcerate most in the world deal with the gender issue in the prison system.

This consideration is important not only from the construction of knowledge point of view, but also for identifying recurrent violations and mapping good practices, with the goal of decarcerating and guaranteeing women’s rights. Thus, we present below a comparison between Brazil and the United States regarding five points on female incarceration.

A common challenge for both countries is the scarcity or fragility of data about women in conflict with the law.

Since 2014, Brazil has had a specific report on women deprived of liberty, developed by the Departamento Penitenciário Nacional (National Penitentiary Department – DEPEN). This report is officially named Levantamento Nacional de Informações (National Survey of Penitentiary Information), but is commonly known as Infopen Mulheres (Infopen Women), and it is a relatively recent initiative if compared to the Infopen containing the data of the entire prison population. Despite being an important step to monitor and guide public policies, it is still a fragile material with several gaps, since many relevant information, such as the presence and number of children, is available only regarding a small portion of the women in prison. Another issue is the periodicity of the information, as for each report produced there is usually a two-year gap between the collection of data and the publication. Besides, there is no requirement for the prison units to fill in forms for the data collection.

The difficulty in finding specific and updated data on incarcerated women is also present in the United States, as indicated in Women’s Mass Incarceration: The Whole Pie 2019, developed by the Prison Policy Initiative. Despite being published in 2019, the most recent official data found by the researchers date mostly from 2017.

In addition, another challenge for organizations that produce knowledge on this topic is the decentralization of the American justice system, causing researchers to having to locate and create methodologies to gather data from both state and federal systems. In this regard, Infopen is one step ahead, as it contains information gathered at national level and also by federative unit.

Increase in incarceration is greater among women

Both Brazil and the United States had significant increases in the number of people incarcerated in recent decades, keeping in mind that in the United States this “boom” took shape from the end of the 1970s, while in Brazil the sharp increase occurred from the 2000s. Despite these differences, in both cases the proportional increase in the prison population continues to be more expressive among women.

In Brazil, in the years from 2000 to 2016 there was an increase of more than 600% in the female prison population, while among men this increase was approximately 200%, which is also an alarming fact.

Also, in the United States there was an increase of approximately 8% in men’s incarceration in the same period, while among women the increase was over 30%. Despite recent initiatives to reduce the number of people arrested in the United States, they appear to have little impact on the release of women.

The war on drugs has more impact on women

According to the most recent Infopen Women, about 60% of women deprived of liberty in Brazil in 2017 were accused of drug trafficking related offenses, while among men this percentage was approximately 30% in the same year.

In the United States, by grouping data on local jails, state and federal prisons made available by the Prison Policy Initiative report, it is possible to identify that offenses related to trading or drug using were responsible for the arrest of approximately 23% of the more than 200,000 women arrested in the country. It is important to note that this percentage varies according to the type of establishment, being 17% among women held in local jails, 24% in state prisons and 44% in federal prisons and jails. As in Brazil, these percentages are also lower among men.

Another point that brings the two countries closer is the criminalization of people who use drugs. Despite the legalization of marijuana in some states, in the United States women continue to be more criminalized for drug use, according to the Women, Prison and Drug War report, developed by the Drug Policy Alliance.

In Brazil, even though the legislation on drugs provides the distinction between users and dealers, it is common to incarcerate users, especially women, due to the lack of objective criteria to establish this difference. In the Brazilian context, there is also the stiffening of the penalty for small traffickers, worsening the levels of vulnerability of women who exercise the function of mules in an attempt to obtain some income for their livelihood and that of their families.

The significant increase in female incarceration in Brazil is strongly related to the new drug policy, adopted since 2006. This policy was followed by a racial bias, criminalizing mostly black women. According to the latest Infopen Women, about 64% of women incarcerated in Brazil are black, with 48% identified as brown and 15% afrodescendents, while in the Brazilian population the percentage of black women is 52%.

In addition, it is important to emphasize that in Brazil, a country where more than 800.000 people identify as “indigenous” according to the last national census, the criminal justice system doesn’t provide much data about this population. Although the Infopen states that 0,28% of the women in prison are indigenous, this data may be underrated.

According to the Drug Policy Alliance report, it is also possible to identify racial bias in prisons involving drug use and trade in the United States. Although these practices occur at similar rates across different races and ethnicities, black women are almost twice as likely to be criminalized for drug use or trade if compared to white women. Latin women, on the other hand, are 20% more likely to be penalized for such offenses than white women.

This information indicates that the racial issue is a fundamental variable to analyze the relations between female incarceration and drug trafficking in both countries.

Another issue shared by women incarcerated in Brazil and the United States is maternity. In Brazil, more than 70% of women in prison are mothers and the majority is usually the main or only responsible for their children before imprisonment.

In the United States, more than 50% of incarcerated women have children, and this percentage reaches 80% when we look only at local jails, which are the establishments with the highest concentration of women deprived of liberty in the country.

As it happens in the Brazilian context, most women tend to be the main and often only responsible for their children, according to the diagnosis of the Drug Policy Alliance. In addition, the report also indicates serious violations of rights of the pregnant women deprived of liberty in the United States, such as the lack of prenatal care and the use of handcuffs during childbirth.

In Brazil, the use of handcuffs during childbirth was a recurring feature until recently, when the Law No. 13.434/2017 was approved, prohibiting such practice. However, there are still reports of such violations even after its prohibition. The lack of medical assistance, especially prenatal care, is also part of the series of violations suffered by pregnant women in the Brazilian prison system.

Although health and social care policies in Brazil and the United States may vary dramatically, the maternity issue makes it necessary to analyze the impacts of female incarceration not only on the women, but also on their children.

In this sense, the Marco Legal da Primeira Infância (Legal Framework for Early Childhood) was an important step by the Brazilian State in order to guarantee the family bond, despite its limitations and a certain resistance from judicial actors for its application. The regulation provides the replacement of pre-trial detention for house arrest for pregnant women, women with children up to 12 years of age or responsible for people with disabilities.

From the reports consulted on female incarceration in the United States, it was not possible to identify similar measures, at least not at national level. However, there are local initiatives developed by civil society groups in partnership with the government that aim to decarcerate women. This is the case of the Women In Recovery project, carried out in the city of Tulsa, Oklahoma, the state with the highest women’s incarceration rates in the country. The bill is an alternative to the arrest of women convicted for drug related offenses, including both using and trading.

The data hereby presented is only a starting point on the issues of gender and mass incarceration that cross national borders.

From the information available, we highlight the importance of looking at female incarceration in Brazil and the United States from an intersectional approach, taking into account not only gender specificities, with an emphasis on maternity, but also race and ethnicity issues. Another relevant point is to analyze how the drug policy contributed to the increase in female incarceration.

Considering that both the United States and Brazil are among the countries with the highest incarceration rates in the world, it is essential that countries in this situation have a standardized and periodic production of data at national level, containing information not only about the total prison population, but also specific information regarding women, black people, migrants, etc.

There are still countless other difficulties faced by women deprived of liberty that can vary substantially according to the justice system adopted in each country. These local specificities must not be overlooked, not only in order to reverse violating conditions, but also to prevent other countries from importing ineffective and rights-violating policies.

THIS ARTICLE MAY BE REPRODUCED IF THE SOURCE IS INDICATED. 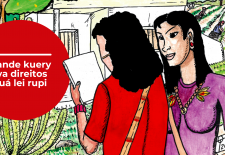 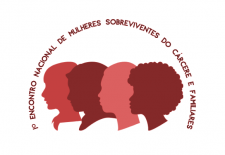 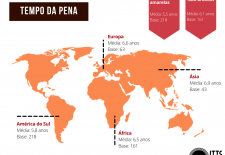 Today, a large number of women struggle with drug addiction and alcoholism. This would be a fantastic and insightful article to read and consider. I appreciate you sharing this fantastic and inspiring post. I’m really grateful for this. 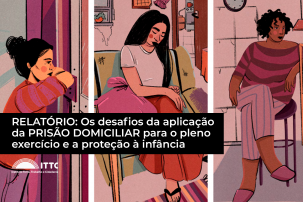 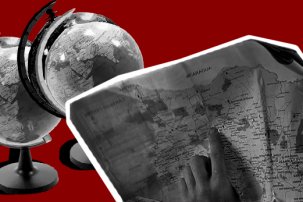 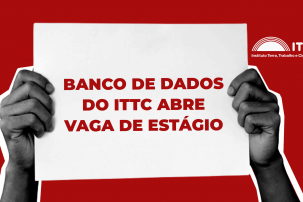 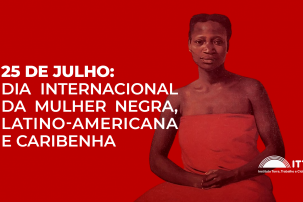